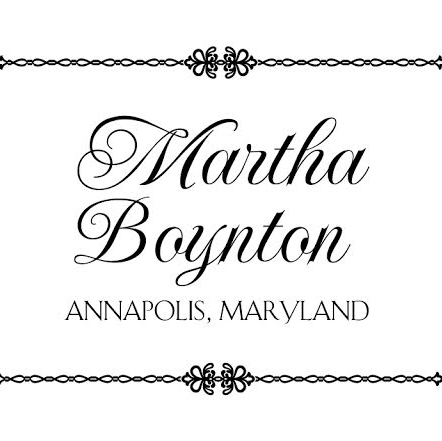 We always love to hear the stories behind the decals our customers choose. For some, inspiration and encouragement are factors which drive their final decisions, while others make choices based upon fond memories and special moments from the past. But for Martha Boynton, selecting her decals was a thought-provoking process as she carefully chose decals for her late husband’s art exhibit. For Martha, each decal not only represented her husband’s artistic work, but also captured his legacy as a loving husband and father with a passion for his Savior and Lord. Here is her story: 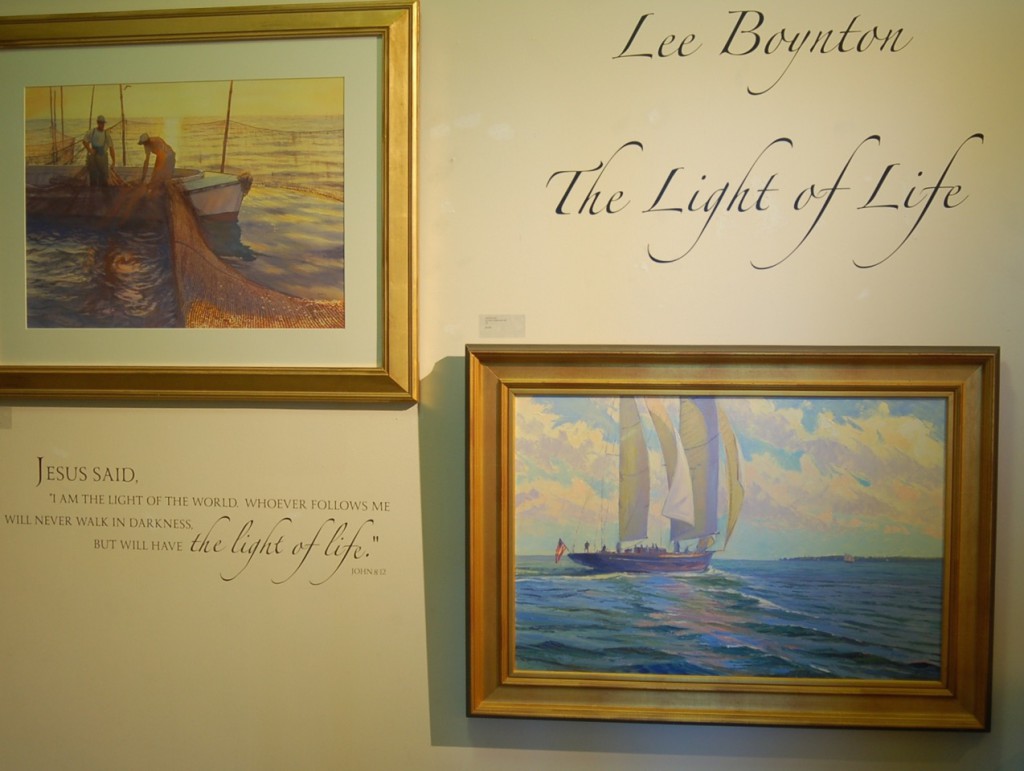 My husband, Lee Boynton, was an artist. He majored in fine art at Syracuse University. In the spring of his senior year, he gave his heart to Jesus through Campus Crusade for Christ. He and I met in October, 1978 in Annapolis, MD, my hometown, a year and a half after we had graduated from college. The Lord had brought us together at an outdoor oyster roast that glorious fall night, under the gentle light of a full harvest moon. We were married on April 26, 1980 with a calling in the visual arts. 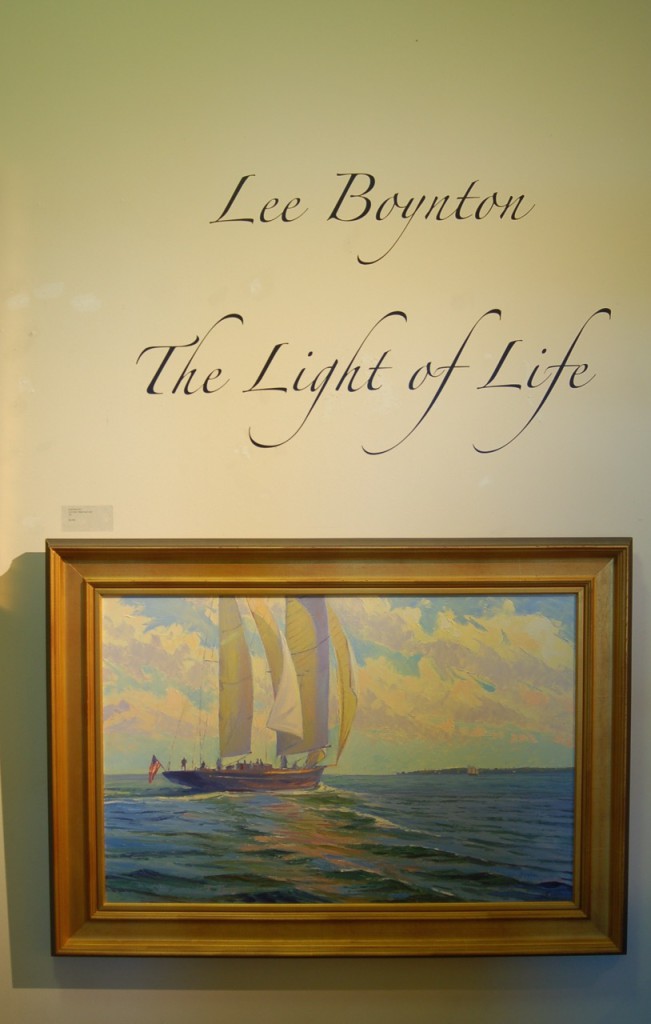 The Lord took us on a fabulous journey of obedience and trust. Early in our marriage, Lee learned to capture the fleeting effects of light in his paintings, following Claude Monet’s theories of color and light. Once he learned “to turn the lights on” in his own work, he became passionate about teaching others “to see and paint the light.” He co-authored Painting the Impressionist Watercolor, an instructional book based on his teaching, with Linda Gottlieb, one of his longtime watercolor students. Lee also loved the theme of fishing. For the first 15 years of our marriage, he sought out the Chesapeake Bay watermen, and spent precious time with them aboard their boats. He saw an inexpressible beauty in these men whose lives were so closely intertwined with the glory of God’s creation, and so far from the pressures and pace of our modern technological world. Over this time of intimate connection with the watermen, Lee captured the final years the dwindling Skipjack fleet graced the waters of the Chesapeake Bay, oystering under sail, and trap pound fishermen hauled their nets by hand. 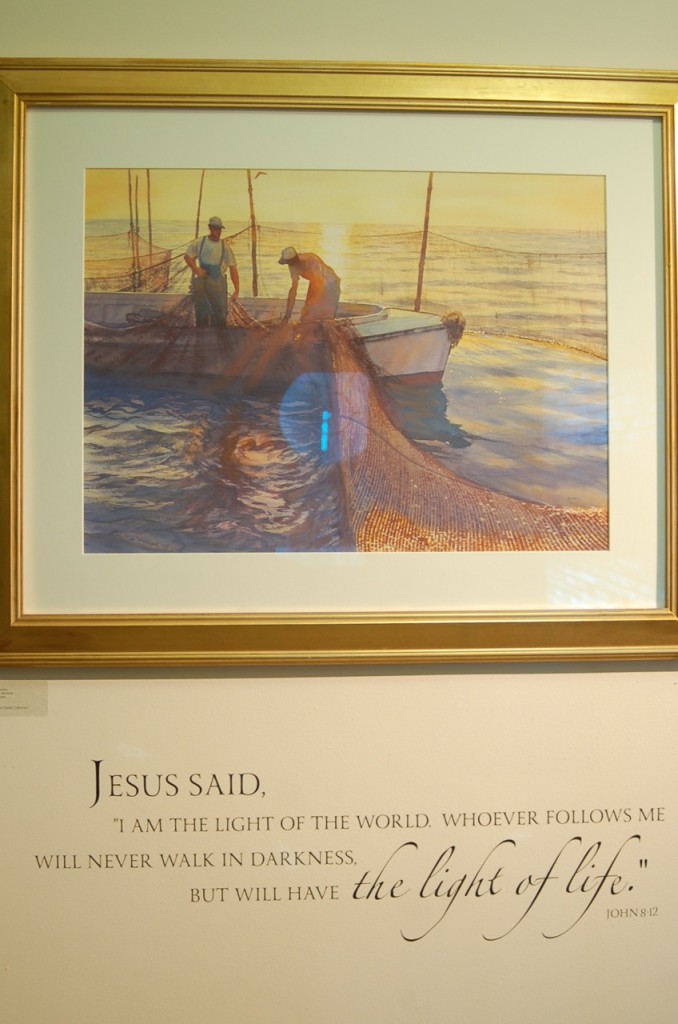 Lee made the connection between his love for painting the light and fishermen and the themes of light and fishing in the Bible. Jesus said, “I am the light of the world. Whoever follows me will never walk in darkness, but will have the light of life.” (John 8:12) His first disciples were fishermen. As Jesus was walking beside the Sea of Galilee, He saw two brothers, Simon called Peter and his brother Andrew. They were casting their nets into the lake, for they were fishermen. “‘Come follow me,’ Jesus said, ‘and I will make you fishers of men.’ At once the left their nets and followed Him.” (Matthew 5:13-16) Lee was a fisher of men; his nets were his art and his teaching. He carried the light of life. 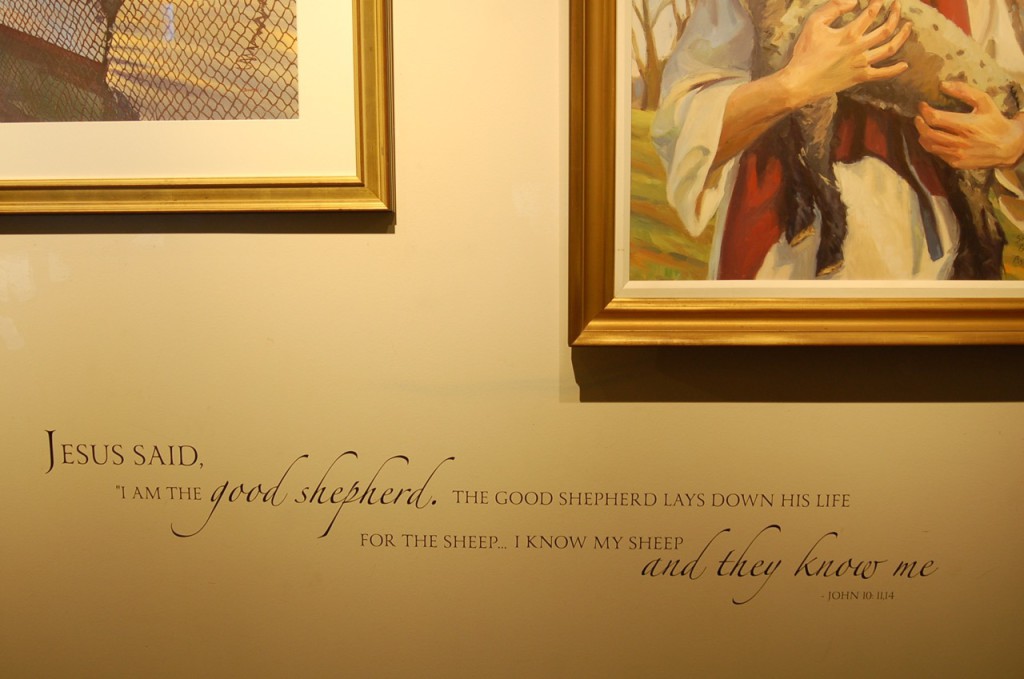 Lee was diagnosed with late stage colon cancer on the afternoon of New Year’s Eve in 2014. He continued to paint and to teach, and finally, on April 24, 2016, he went home to the Lord.

Our three adult children and I decided to hold a retrospective show of Lee’s work during the month of October, 2016. We named the show Lee Boynton: The Light of Life. I envisioned the walls in the gallery space with Lee’s paintings and God’s Word on display together, reflecting the overflow of Lee’s heart through his work. I knew the Scripture would give an added dimension to the exhibit. I asked around about removable lettering. Yes, there was such a thing. When I did a search on the internet, WiseDecor was the first to catch my eye. I thought of Solomon’s discourse on wisdom in the first four chapters of the book of Proverbs. Proverbs 2:6-7 says,

From His mouth come knowledge and understanding;

He stores up sound wisdom for the upright.”

I had a strong sense WiseDecor would provide the answers I was looking for. When I went to their site, I knew I was on the right track. I saw lovely examples of Scripture verses on walls in different settings. 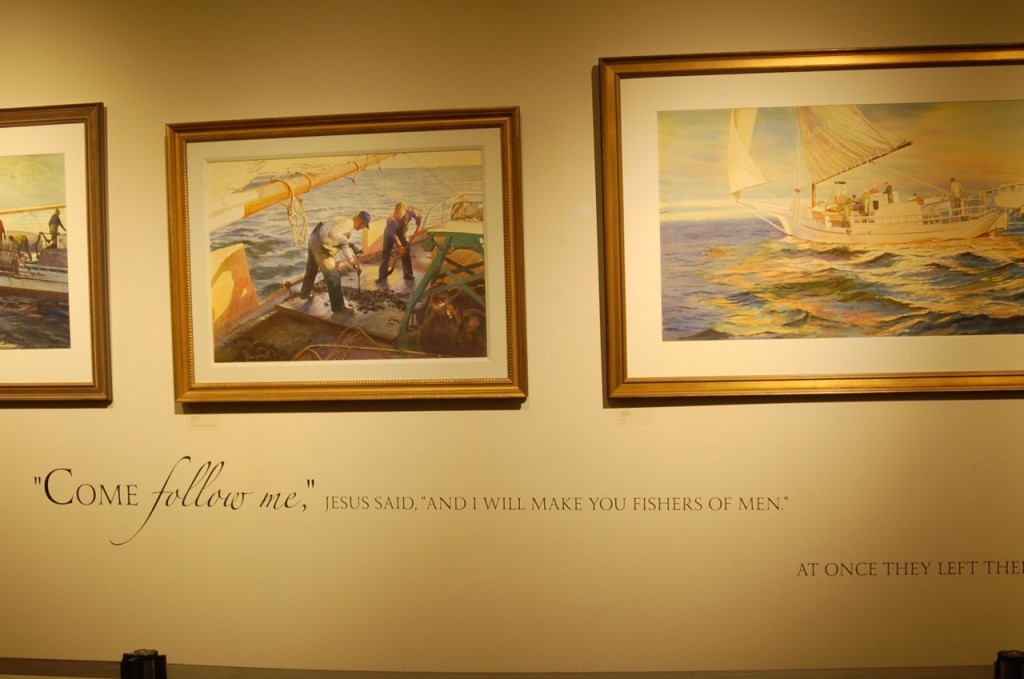 I explained my vision for the show to one of the sales representative via an email. She asked me to send the dimensions of the exhibit walls, and said they would provide a mockup so I could see how the Scripture would work with the paintings. Within a few days, it came. I could see that the show would be all I had envisioned it to be. We used the mockup they provided as a guide for hanging the paintings and the placement of the Scripture. 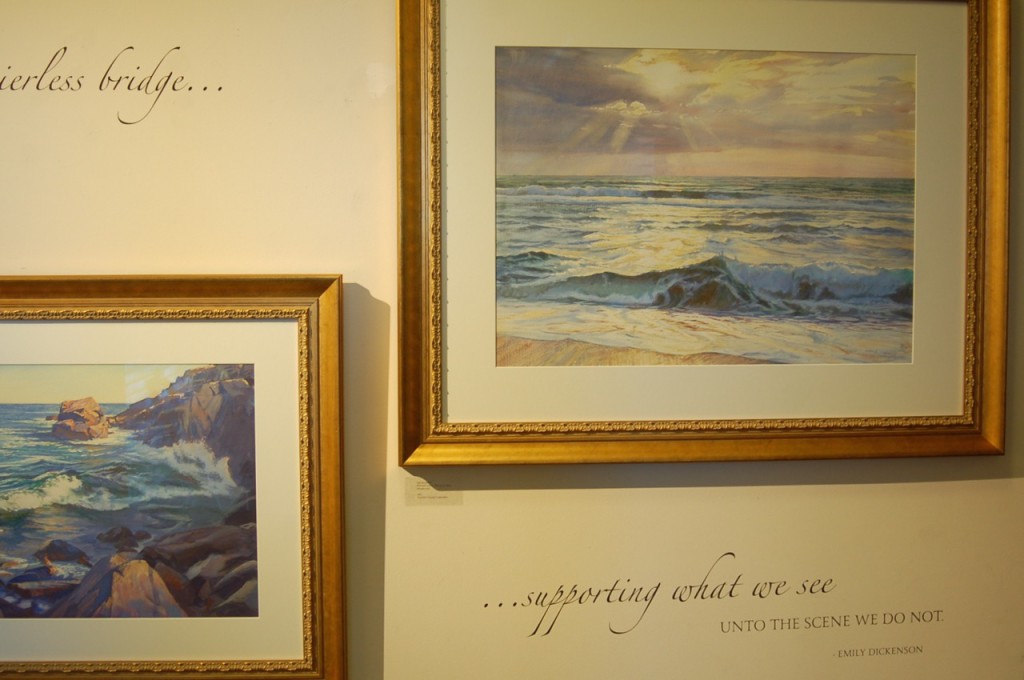 The exhibit was outstanding! Several hundred people came to the show over the course of the month. We had two receptions which were both very well attended. Many of the visitors told us how deeply the exhibit touched their hearts.

The staff at Wise Decor couldn’t have been more helpful. They took me by the hand and gave me the confidence to proceed. The set of instructions that came with the lettering was very clear, and the result was perfection! I know our Heavenly Father and my husband Lee must have been very pleased as they looked down.

If you would like to learn more about Lee Boynton, check out his wife’s blog here.